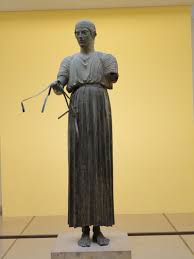 Delphi is famous as the ancient sanctuary that grew rich as the seat of the oracle that was consulted on important decisions throughout the ancient classical world. Moreover, it was considered as the navel (or centre) of the world by the Greeks as represented by the Omphalos. It occupies an impressive site at the foot of a mountain and overlooking the coastal plain to the south, on the south-western spur of Mount Parnassus in the valley of Phocis. It is now an extensive archaeological site and the modern town is nearby. It is recognised by UNESCO as a World Heritage Site in having had a phenomenal influence in the Ancient world, as evidenced by the rich monuments built there by most of the important ancient Greek city-states, demonstrating their fundamental Hellenic unity. The Oracle of Delphi was an institution in Ancient Greece, dedicated to the god Apollo. Only one priestess operated at Delphi at any one time, and the name given to her was 'the Pythia'. The woman gave up her own name when she became priestess. The Temple of Apollo was at Delphi, on the slopes of Mount Parnassus in Greece. According to legend, the god answered questions through the medium of his priestess, who was famous for her ambiguous predictions. Recently, scholars suggested that volcanic gases played their part in her strange utterings. Delphi Archaeological museum is one of the principal museums of Greece and one of the most visited. It is operated by the Greek Ministry of Culture (Ephorate of Antiquities of Phocis). Founded in 1903, it has been re-arranged several times and houses the discoveries made at the panhellenic sanctuary of Delphi, which date from the prehistoric period through to late Antiquity. Organised in fourteen rooms on two levels, the museum mainly displays statues, including the famous Charioteer of Delphi, architectural elements, like the frieze of the Siphnian Treasury and ex votos dedicated to the sanctuary of Pythian Apollo, like the Sphinx of Naxos. The exhibition floor space is more than 2270m2, while the storage and conservation rooms (mosaics, ceramics and metals) take up 558m2. Visitors are also catered to by an entrance hall, a cafeteria and a gift shop. A first, small museum was inaugurated on 2 May 1903 to celebrate the end of the first great archaeological campaign of French excavations and to hold the discoveries. The building was designed by the French architect Albert Tournaire, financed by a trust by the Greek banker and philanthropist Andreas Syngros and built in the location where it remains to this day, although it has since been entirely transformed. Between 1999 and 2003, the museum underwent yet another phase of renovations, carried out by the Greek architect Alexandros Tombazis. These included the construction of a new facade in a contemporary style and a new hall for the charioteer. The rest of the museum was re-designed in a modern style and adjusted to facilitate the circulation of visitors. A new lobby, a large cafeteria and a gift shop were also created.[2] The collection was rearranged in order to reconcile the need to display the main attractions of the museum effectively and the wish to present the latest theories and discoveries of archaeological and historical scholarships. An effort was also made to illustrate hitherto neglected exhibits like the classical facade of the Temple of Apollo. The museum opened its doors once more for its centenary. 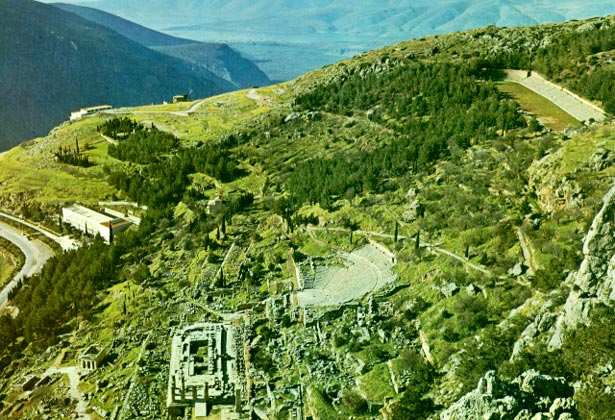 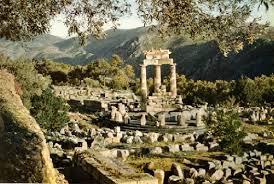 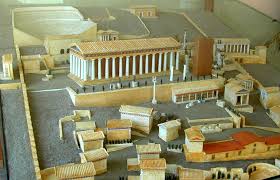