The Battle of Plataea 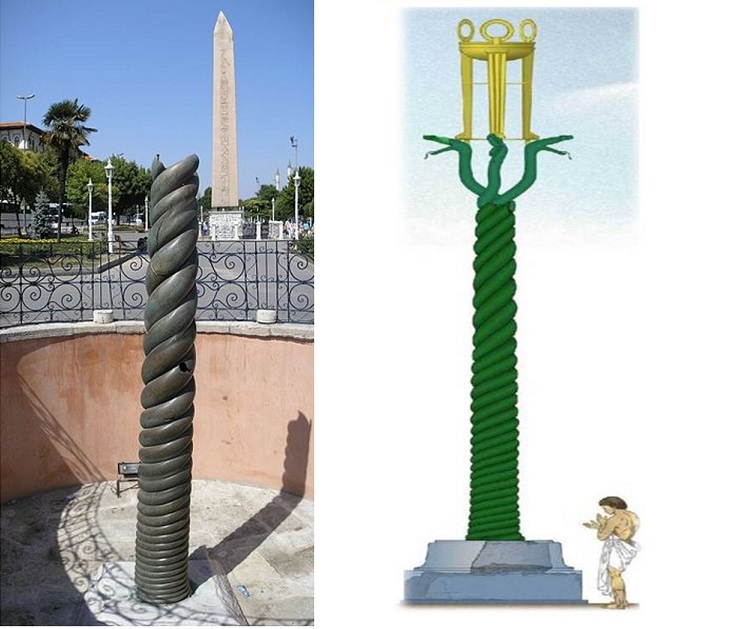 The Battle of Plataea was the final land battle during the second Persian invasion of Greece. It took place in 479 BC near the city of Plataea in Boeotia, and was fought between an alliance of the Greek city-states, including Sparta, Athens, Corinth and Megara, and the Persian Empire of Xerxes I. The previous year the Persian invasion force, led by the Persian king in person, had scored victories at the battles of Thermopylae and Artemisium and conquered Thessaly, Boeotia, Euboea and Attica. However, at the ensuing Battle of Salamis, the Allied Greek navy had won an unlikely but decisive victory, preventing the conquest of the Peloponnesus. Xerxes then retreated with much of his army, leaving his general Mardonius to finish off the Greeks the following year. In the summer of 479 BC the Greeks assembled a huge (by ancient standards) army and marched out of the Peloponnesus. The Persians retreated to Boeotia and built a fortified camp near Plataea. The Greeks, however, refused to be drawn into the prime cavalry terrain around the Persian camp, resulting in a stalemate that lasted 11 days. While attempting a retreat after their supply lines were disrupted, the Greek battle line fragmented. Thinking the Greeks in full retreat, Mardonius ordered his forces to pursue them, but the Greeks (particularly the Spartans, Tegeans and Athenians) halted and gave battle, routing the lightly armed Persian infantry and killing Mardonius. A large portion of the Persian army was trapped in its camp and slaughtered. The destruction of this army, and the remnants of the Persian navy allegedly on the same day at the Battle of Mycale, decisively ended the invasion. After Plataea and Mycale the Greek allies would take the offensive against the Persians, marking a new phase of the Greco-Persian Wars. Although Plataea was in every sense a resounding victory, it does not seem to have been attributed the same significance (even at the time) as, for example, the Athenian victory at the Battle of Marathon or the Spartan defeat at Thermopylae.. 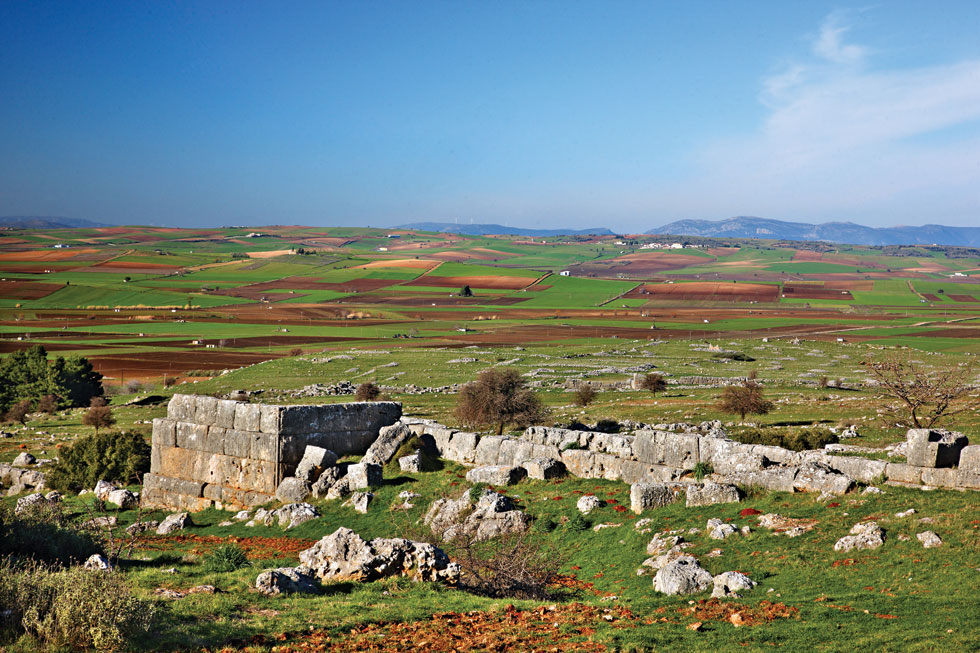 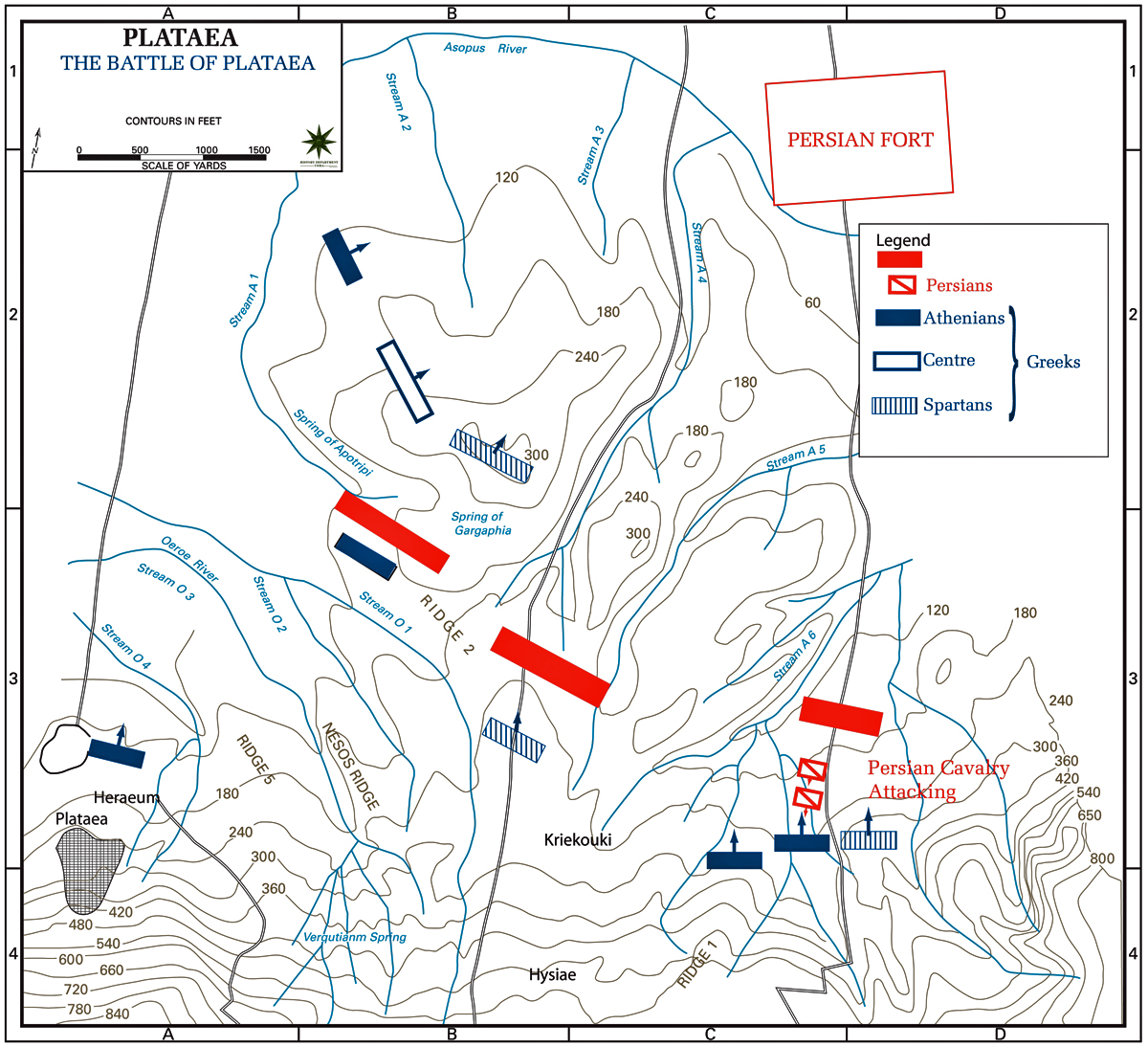 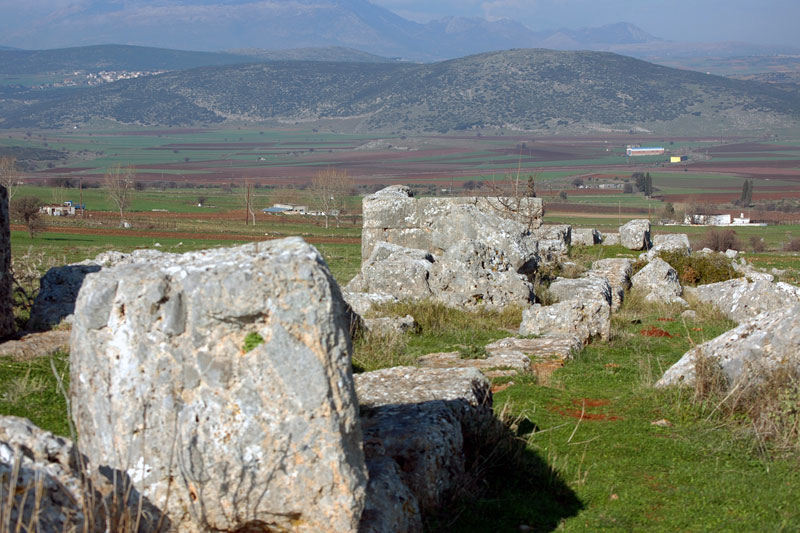