The wetaher in our city 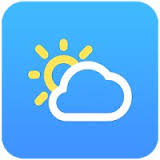 Dear Friends,
As a new elected mayor of municipality of Molos - Agios Konstantinos 62 i welcome you to the newly renwed web guide of our city and would like to present you our beatiful region so that we make a new contact with citizens and visitors aiming to service you as much as we can;.
We call you to visit digitally our past present and future of our city and see our uniquness. Then when you shut down your pc we hope we have given you a reason to come and visit us and live this experience in reality.