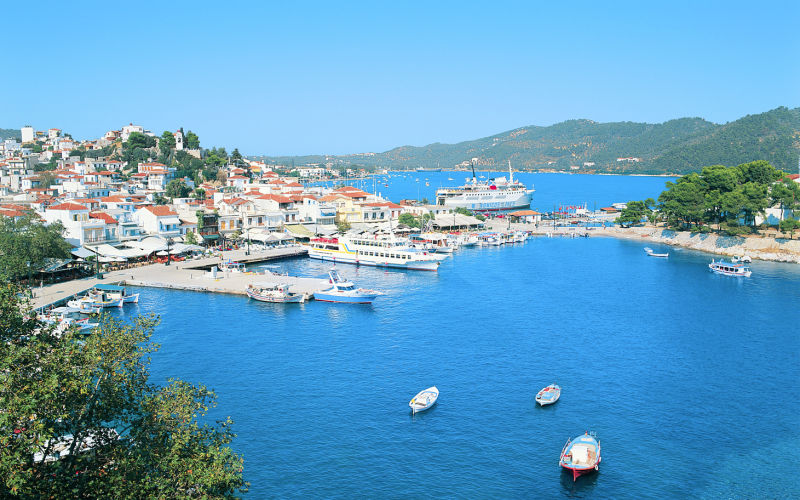 Skiathos  is a small Greek island in the northwest Aegean Sea. Skiathos is the westernmost island in the Northern Sporades group, east of the Pelion peninsula in Magnesia on the mainland, and west of the island of Skopelos..

The island has a north to southwestern direction and is about 12 kilometres (7 miles) long and 6 kilometres (4 miles) wide on average. The coastline is indented with inlets, capes and peninsulas. The southeast and southwest parts have gentler slopes and that is where most settlements and facilities are located. The terrain is more rugged on the north coast, with the highest peak at 433 m (1,421 feet) on mount Karafiltzanaka (39.1904°N 23.4685°E).

The main town is Skiathos (pop. 4,988 in 2001) and along with the airport is located to the northeast next to a lagoon. Other settlements are Χanemos , Kalyvia , Troulos , and Koukounaries .

The Municipality of Skiathos includes the islets of Tsougria, Tsougriaki, Maragos, Arkos, Troulonisi and Aspronisi. They are scattered a few kilometres off the southeast coastline and are clearly visible from the town and the beaches. The island of Skopelos is visible from Skiathos with the more distant islands of Euboea and Skyros visible under very clear weather conditions. 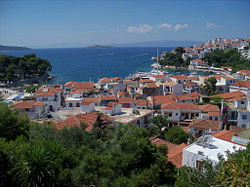 The main paved road runs all along the southeastern stretch of the island with several narrow dirt roads branching off towards the interior and the northern coast. Farmland exists around all the major settlements on the island.

Despite its small size, Skiathos with its many beaches and wooded landscape is a popular tourist destination. It has over 60, mostly sandy, beaches scattered around the 44 km (27 mi) coastline. Some of these are Troulos, Vromolimnos, Koukounaries, Asselinos, Megali Ammos and Mandraki.

Much of the island is wooded with Aleppo Pine[5][6] and a small Stone Pine forest at the Koukounaries location where there is a lagoon and a popular beach. The island's forests are concentrated on the southwest and northern parts, but the presence of pine trees is prevalent throughout the island. 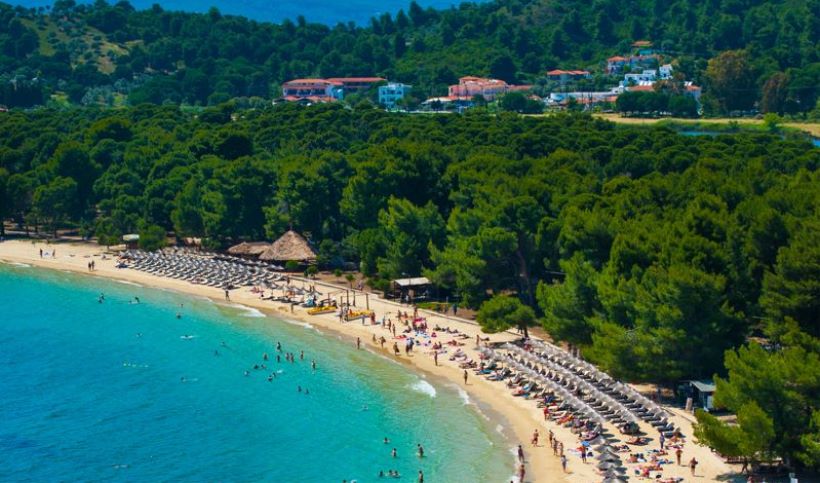 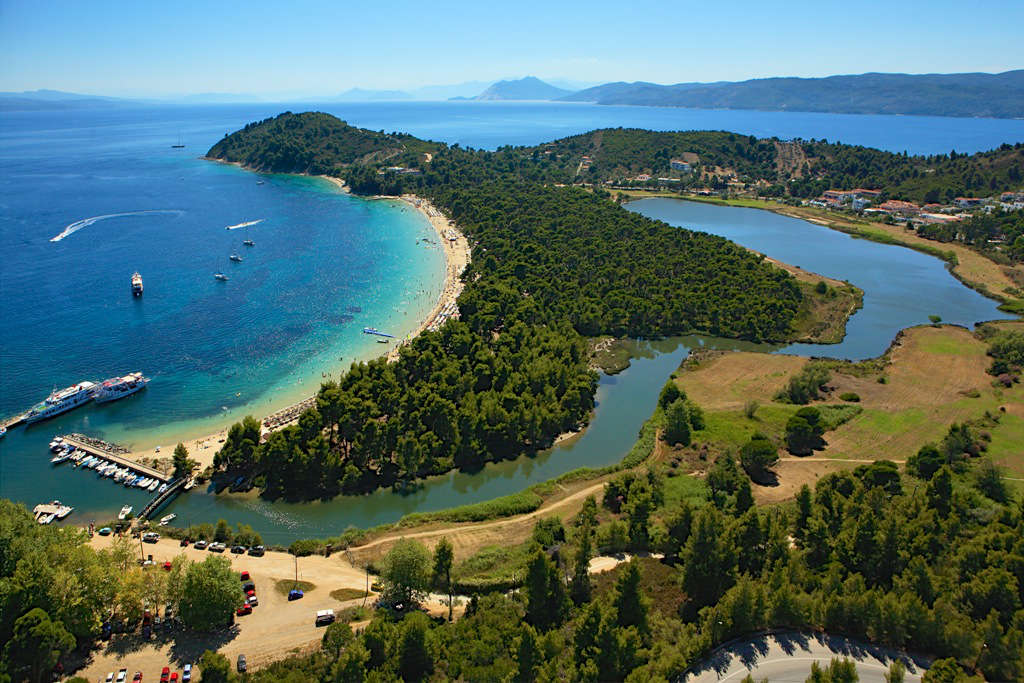